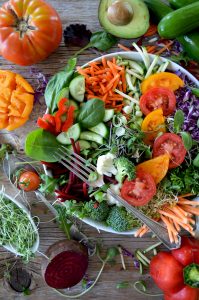 “Rotenone directly inhibits the function of the mitochondria, the structure responsible for making energy in the cell,” said Freya Kamel, Ph.D., a researcher in the intramural program at NIEHS and co-author of the paper appearing online in the journal Environmental Health Perspectives. “Paraquat increases the production of certain oxygen derivatives that may harm cellular structures. People who used these pesticides or others with a similar mechanism of action were more likely to develop Parkinson’s disease.

Notes from Dr. Cohen:  Rotenone is a pesticide used to kill invasive fish species and this is currently the only allowable use of this pesticide.  On the other hand, according to Wikipedia, Paraquat is the trade name for N,N′-dimethyl-4,4′-bipyridinium dichloride, one of the most widely used herbicides in the world. Paraquat, a viologen, is quick-acting and non-selective, killing green plant tissue on contact. It is also toxic to human beings and animals and is linked to the development of Parkinson’s disease.[2]