Eminem Taken Down By Drugs 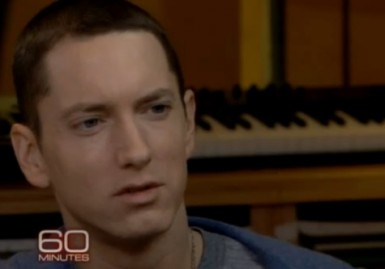 I’m not the biggest Eminem fan, but when I saw him on “60 Minutes” a few weeks ago, I was a bit charmed. It seems he’s matured exponentially and while he is still quite edgy he seems much more grounded. Turns out it’s because he’s now clean. Those of you who follow Marshall Mathers, or Eminem, know since the beginning of his career he rapped often about drugs including ecstasy, ‘shrooms, and coke. Basically, any drug seemed fair game for him to use or talk about.

What struck me most about the interview was a brief moment – about ten seconds – when he said it was medications that took him down. It’s almost lost in the interview, but he explains that his addiction was to prescription drugs. He became dependent on Vicodin, Vallium, and Ambien.

It’s very common that when a patient comes into my office s/he is in pain and typically it didn’t just start that day. S/he has tried over the counter meds, exercises, physical therapy, other chiropractors, and medical doctors (which usually means prescription drugs). Often people use Vicodin or Oxycodone from when they had some dental work done or a previous injury. If they don’t have it sitting around, they get some from a friend or loved one.

I don’t want to get on a soap box, because I know from experience that when you’re in pain you’ll do anything to get out of it. Sometimes taking a drug seems to be the easiest and cheapest solution. Maybe because almost everyone has these serious drugs in their medicine cabinets, we don’t respect the risk of these medications. In addition to the clinically-acknowledged side effects, we face the additional risk of how quickly our bodies adapt to these pills’ power. Before long, one has to take much more, and I mean much more. Eminem said he was taking 60-90 pills a day! And let’s not forget Michael Jackson whose uber-powerful pain medications caused his death.

I found it interesting to watch the piece on “60 Minutes” sandwiched between two drug commercials. We, as a society, need to realize our over-dependence on the quick fix. Medication has a place in our lives, but let’s leave it in the realm of catastrophe. There are times when we will really need them, but look how quickly we turn to medications instead of taking the time to find the cause of the ailment and remedy it instead of covering it up.

After the first visit, a patient often can dramatically reduce the pain medications s/he is on. Call today 415-762-8141 or visit www.ProActiveSF.com to get to the root of the problem.