Screaming at the TV (Spoiler Alert for The Last Dance) 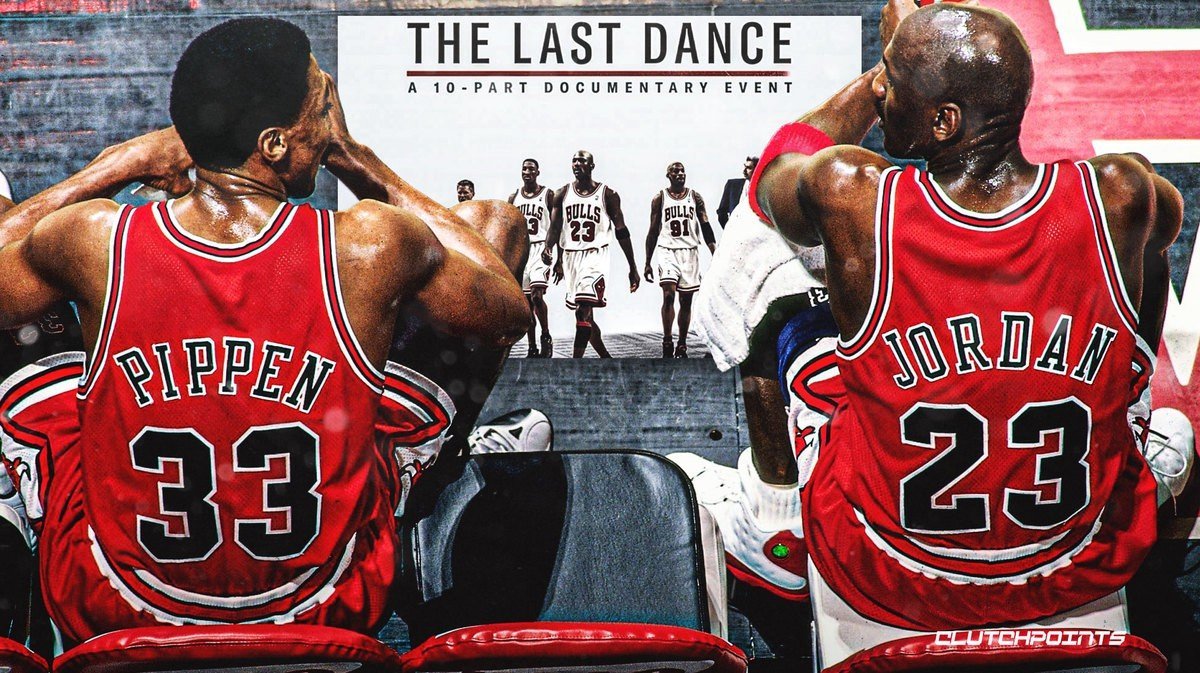 After the eighth person mentioned The Last Dance, I decided to check it out. Initially, I wasn’t eager to watch it as I thought I knew the story. I grew up in NC, which is synonymous with growing up a Tarheel fan, so I loved Michael Jordan and that he had taken his #23 with him to the Bulls.

They were right, those eight people. It’s an incredible series. Basically half of each episode is the best basketball highlights reel and the other half is a behind-the-scenes, soap-opera-style saga of the larger-than-life personalities of the players we all remember.

Tim Ferris, the author and podcaster, summed it up perfectly, “This docuseries chronicles the rise of superstar Michael Jordan and the 1990s Chicago Bulls, with unaired footage from an unforgettable 1997–98 season…How they digested the overwhelming volume of footage they did to make such tight art is beyond comprehension.”

The crescendo occurs when Scottie Pippen, another player I looked up to as a teen, limps across the court, suffering from intense back pain at the worst possible moment: game seven of the finals. Michael Jordan has been quoted elsewhere saying “I didn’t know how much I could improve until I started seeing a chiropractor.” It’s infuriating to watch Pippen hobble into the locker room only to be iced and given electric stimulation (e-stim). Ice is considered a safe anti-inflammatory, but electrical stimulation has been moved to a non-recommended treatment in the Official Disability Guidelines, which is the bible of care for Low Back Pain.

This would never happen today and it should not have happened then. See Wilk, et al v. American Medical Association.

In 2017, the American College of Physicians caught up with what chiropractors already knew and issued guidelines for treating non-radicular low back pain, aka the back pain that doesn’t radiate down your legs. The belated guidelines don’t include ice or electric stem. They say, “physicians and patients should treat acute or subacute low back pain with non-drug therapies such as superficial heat, massage, acupuncture, or spinal manipulation. https://www.acponline.org/acp-newsroom/american-college-of-physicians-issues-guideline-for-treating-nonradicular-low-back-pain. But, I guess we shouldn’t be surprised. These are the docs who bled people and decided that women should give birth on their backs.

Today nearly every NBA franchise has a chiropractor on staff and for good reason.  Chiropractic has finally received some of the recognition it long deserved in both professional and amateur sports. For the past decade, the U.S. Olympic Medical Director was a chiropractor because chiropractors are exceptional at providing safe, drug-free, quick results. That’s chiropractic’s niche, especially when it comes to low back pain.

A new study in The Lancet calls for high-value care, calling the healthcare industry to take for its over-reliance on non-proven treatments and gross economic waste on imaging and surgeries. You should really read this. It’s epic. https://journals.lww.com/pain/fulltext/2020/09001/the_lancet_series_call_to_action_to_reduce_low.7.aspx

Based on the research, I’m not alone at being surprised there wasn’t a chiropractor for Scottie Pippen. In fact, The Harris Poll shows 81% of American consumers understand that chiropractic is effective for athletes and half recognize that chiropractic care is “very effective” to “restore joint function and support the neuro-musculoskeletal system” of athletes.

Consumer opinions mirror those of many athletes, especially those who compete for a living. As evidence, all National Football League (NFL) teams, most Major League Baseball (MLB) and National Basketball Association (NBA) teams, and U.S. Olympians have doctors of chiropractic as part of their multidisciplinary training and medical staff.

The Harris Poll results are of particular interest to me as I have noticed over the years that the greatest barrier I face with new patients and the general public is a skepticism about chiropractic care that grew out of a concerted effort on the part of the American Medical Association to eliminate competitors. Again, see Wilk, et al v. American Medical Association. This poll shows that the intervening years without business interference from the AMA have helped the American public come to understand what amateur and professional athletes have known for years: not only does chiropractic care help them prevent and recover from injury, it also improves their performance in the competitive arena.

As a sports chiropractor who has worked with Team USA, my hope is that more middle school and high school teams recognize the evidence of chiropractic care’s superior patient outcomes and satisfaction so that younger athletes can access our care sooner. I wish this series had ended differently. Instead of watching Scottie Pippen limp around in pain serving only as a decoy, I’d like to have seen him adjusted by the team chiropractor and back to playing the second half as the second-best shooter in the league. But that may have made for less nail-biting and yelling at the TV.

If you are a student-athlete who has pain lasting more than seven days without improvement, it’s important you don’t ignore the pain. We are available for a complementary consultation to discuss the specifics of your issues to determine if we’d be a good fit. And parents, your athletes are, according to The Lancet’s series on back pain, unlikely to be getting the type of care they need so keep that complimentary consultation in mind.